A seven-year work in progress, the Golden Horseshoe Management Plan will soon move from the draft stage into the long-awaited final approval and implementation stage.The plan for how trails in the open space area near Breckenridge will be used, maintained and developed is a joint effort between the three management agencies: Town of Breckenridge, Summit County and the U.S. Forest Service. Though it covers recreation, the plan also includes guidelines for handling natural resources and cultural resources. The 8,900 acre area lies between French Gulch on the south, Colorado Highway 9 on the west, and the Swan River drainage on the north. It lies north and east of the core of the Town of Breckenridge.

Breckenridge Town Council approved the draft plan Tuesday. It now awaits the OK from the Summit Board of County Commissioners, which should take place in early March.

Breckenridge Open Space and Trails director Scott Reid said changes could still be made to the plan, but based on feedback from the county commissioners at their Tuesday meeting, he doesn’t anticipate anything substantive.

“There are no surprises in here as far as we’re concerned,” Reid said, adding that the appendices of the document show the “exhaustive public input” that came in through the years.

It didn’t go without contest, though.

“It was a contentious process,” Summit County Open Space and Trails director Brian Lorch said, though he added, “We have not heard opposition (or questions) in a couple years.”

The major hang-up in getting the Golden Horseshoe Management Plan finalized was waiting for the Forest Service to finalize its Travel Management Plan, which will go into effect in May. The agency manages the most miles in the area, Reid said.

“This plan nests within that plan,” he said.

With the plan nearly finalized, officials are looking toward their next step: implementation.

The Forest Service’s goal is to get signs in place to mark trails that are open and closed according to the plan, Forest Service recreation staff officer Ken Waugh said.

“People should look for travel management signs,” Waugh said, adding that down the road when trail decommissioning takes place, they should respect revegetation areas. Motorized users can educate themselves with a Motor Vehicle Use Map, which will be released in May. Single-sheet guides are also available through the Forest Service’s Dillon Ranger District Office in Silverthorne.

Reid said that, though he doesn’t anticipate push-back as the document moves forward, he expects a reaction when implementation occurs.

The rule applies to wheeled vehicles from bicycles to off-highway vehicles. Hikers and horses are exempt and can travel at will through the area, Reid said.

Reid added that though some users might be disappointed at the restrictions, they’ll be excited to see improvements to trails that can happen now that the travel management plan is nearly complete.

The Golden Horseshoe Management Plan is available on the Town of Breckenridge’s website.

There’s an open house slated for 4:30-7:30 p.m. Thursday, Feb. 10, to exhibit preliminary designs for a new segment of the town’s Blue River recreation pathway from Town Hall to the Willow Grove Open Space.

Construction of the 2,100-foot segment is planned for summer 2011 and will be partially funded by a $500,000 grant from Great Outdoors Colorado. The segment is meant to connect two segments of trail that are currently connected by residential roads, improving aesthetics and safety.

Posted by Justin Patnode on February 5, 2011 in Colorado Facts, Conservation Projects Around the Lodges, Silverthorne Area, Trails and hiking near the Lodges!

Comments Off on Trail expansion!

Did you every wonder how you can enjoy a vacation in Colorado, learn about the wilderness and possible write off your trip? Let us show you how! Feel free to comment below and we will out line the program! 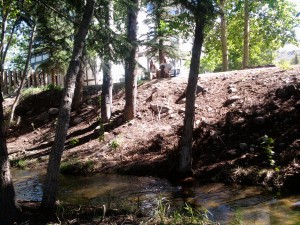 The Friends of the Eagles Nest Wilderness Volunteer Ranger Program is a fun and rewarding opportunity for those who enjoy hiking in the Eagles Nest Wilderness. Volunteer Rangers choose trails in the wilderness on which to hike for at least four days during the season. They interact with other hikers and visit with them about wilderness protocols, such as where camps may be set up and whether fires are allowed. They provide directions to trails, discuss pet protections and answer the many questions visitors ask.

Volunteers wear official U.S. Forest Service shirts for identification. Only a few positions are available for Summit and Eagle County. The deadline to apply is April 30.

Posted by Justin Patnode on August 4, 2010 in Activities for the Family, Conservation Projects Around the Lodges, Special Deals

Comments Off on Conservation Projects

Summit Peaks and Riverside Lodge has launched an aggressive initiative to help improve our surrounding  Forests! We offer 1 to 5 day conservation projects in the White River Forest. These projects include but are not limited to trail improvement,wildlife habitat projects, reforestation and Fire protection projects. Lead by mountain guide Mike McKernan, we will customize project to meet your needs. For specific project details Mike can be reached at 970-485-4945.
Come enjoy the mountains and improve Summit County during the same trip! 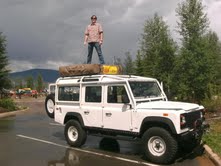 Posted by Justin Patnode on July 9, 2010 in Activities for the Family, Conservation Projects Around the Lodges, Lodge News, Special Deals